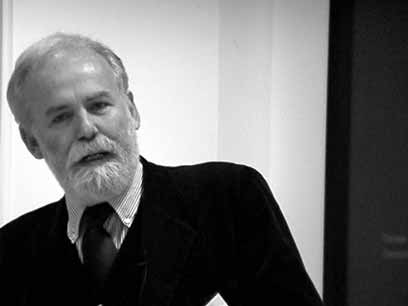 
Celestino Soddu was born in S. Maurizio di Brunate, Como (Italy) in 1945, architect.
He obtained his Five years University (Master) Degree at Rome University “La Sapienza” in 1970.
In the same year he passed the State Examination for Professional Architects and Engineering Register.

He is registered architect.
His activity is in the fields of architecture, architectural object design, art and music.
His offices are in Milan and in Rome.

In 1978 he activated and directed the Audiovisual Center of The University of Reggio Calabria.

In 1997 he founded and, at present, he his the director of the Generative Design Lab at the Department of Architecture and Planning of the Milan Polytechnic University to approach the most advanced possibilities in the topic of architectural design and of the design research about identities of town and natural/artificial environments.
In 2002 he had funds from European Community for enlarging the activity of his Generative Design Lab with other Generative Design Labs in Europe (Kassel and Eindhoven) and in China (Shanghai and Tianjin)

Beginning from 1979, his research is about the dynamic evolution of the artificial systems complexity and image, designing sequences of original software to emulate and control architectural, environmental and industrial design processes and to improve the manufacturing industrial processes.

In 1984 and 1985 he made his first series of lectures in USA and Canada (Waterloo University. Concordia University. in Montreal, Penn State University.) and, as expert of the Italian Foreign Office, in Somalia.

In 1986 he designed the first original software to control the dynamic evolution of the genius loci of artificial environments and to create the generative codes of identity and harmony.
Beginning from 1992 his researches was about the design of species, the design of the morph genetic codes of architecture and artificial industrial objects and about the management and the innovation of the manufacturing processes.
Every his architectural project, realized like AI/AL generative software, can generate a sequence of different architectures/environments characterized by the same genius loci. With this tool it is possible to evaluate the quality of the incoming architectural events during the increasing complexity of design processes. He used this generative software in designing the evolution of some town environments in front of the need to preserve the identity of a particular genius loci.
He designed original software also in the field of representation, (his patent of 360 degree anamorphic technical representation is used in advanced installations) and in the field of 3D creative interpretation of 2D artwork.
In Industrial design, his generative projects are useful devices to manage and control the quality and the complexity of the new industrial products. These projects are able to generate and endless sequence of different 3dmodels of industrial objects, all unique and unrepeatable, but all belonging to the same design concept and to the same functional requests. It is the industrial production of different and unrepeatable objects.

He has his Internet site beginning from 1995 (http://soddu2.diap.polimi.it alias www.generativedesign.com) where it is possible to find his researches and the works of his students. Each student of his courses and of the final degree master thesis update his work weekly using a personal home page in the site. Now in this Internet site it is possible to look at one thousand of home pages of students (Italian and foreign students of his workshops) and one hundred of theses for the final master degree in Politecnico di Milano University made with his supervision.

In 2001, as Professorial Research Fellow at Hong Kong Polytechnic University, he improved his generative software to realize, as direct output, an endless sequence of unique and unrepeatable physical objects made by rapid prototyping devices.

In 2001 he made lectures in Hong Kong, Shanghai, Beijing, San Francisco, Santa Fe, Virginia Tech. State University, New York, Boston, Kassel, Ivrea, Rome, Schwebish Gmuend, Copenhagen and Milan.
In 2001 he presented his last works in a sequence of exhibitions in Rome, Milan, Germany.
In February-March 2002 he presented his generative projects and artworks in the exhibition “Generative Art, Visionary Variations by Celestino Soddu”, at Hong Kong Museum, Visual Art Centre and, in May 2002, at MF Gallery, Los Angeles, US, giving lectures to the local Universities.
In February-April 2003 he presented his generative projects in exhibitions at IDB Cultural Center, Washington DC, at Pacific Design Center, Westweek 2003, Los Angeles, at Pontificia Universitad catolica del Peru’, Lima.


Return to the first page

For more information or for a copy of one of the papers, please